Highway 20 runs across some of northern Washington through the Cascade mountains. It’s usually only open about six months of the year but it opened early this year as there wasn’t much snow. We left all that shit for the east coast. There’s the Cascade Loop, a road trip along this highway and it’s perfect for a motorcycle. Since herself was away, I could stay home, catch up on tv, mow the lawn and have a beer.

Or there is this option;
Driving through the town of Concrete on the way. 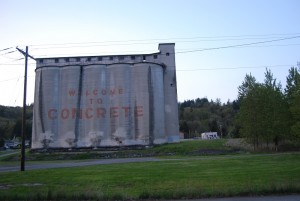 I made it to the Skagit River Resort the first night and was the only tent there. Not sure why, I only needed 2 sleeping bags. Why was no one else camping? Woke up to lots of bunnies. 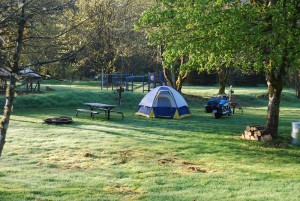 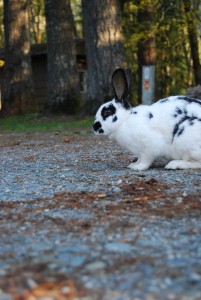 This guy kept running to me, looking for food. Found out later he had been someone’s pet. 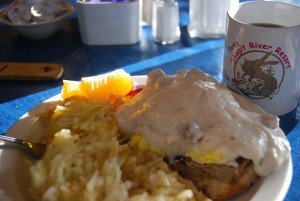 Wake up in a field of bunnies and they have Eggs Bunnydict on the menu? Count me in,. (No bunnies were harmed in the making of this, it’s English muffin, poached egg, sausage patty and biscuits and gravy – very very very ‘Muirican).

Going through the Cascades the next morning it got a little chilly at the top of Washington Pass, 5,477′ above sea level. 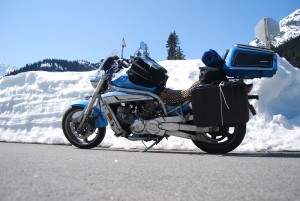 I’m going to mount a snow plough on the bike.

Got to Leavenworth, a Bavarian town in the middle of the mountains. 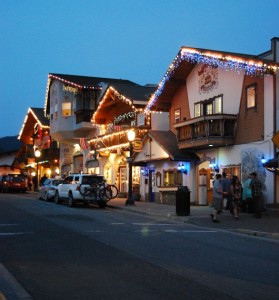 After the snow, this is what I see? What month is it again? 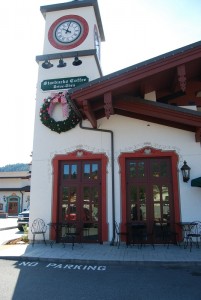 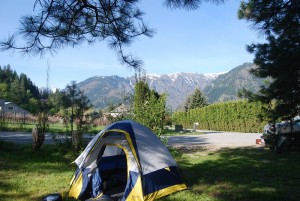 There are worse places to wake up on a Sunday morning. 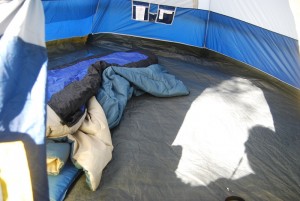 Maybe I should have used a smaller tent. I could have parked the bike in here.

Somewhere in the middle of nowhere. 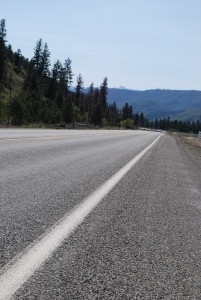 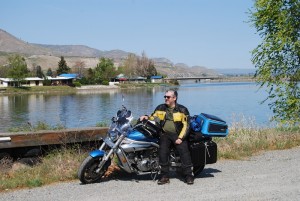 Who’s that handsome guy on a bike?